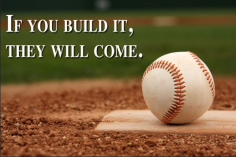 We don't need minorities, but they need us; it's time to dismantle the anti-white Civil Rights legislation that is ruining America, so minorities can better understand how much they depend on us, and more importantly so they learn self-sufficiency based on American standards, and ideally so they go home when the "free stuff" including jobs, government protection, and favorable media coverage are gone. Time for Minority Flight back to their homelands. 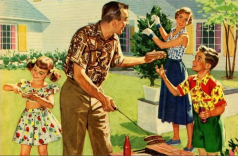 Western democracy and capitalism work when people are allowed to pursue their own best interest without undue state interference. It is this live and let live attitude that is being attacked by social engineering that intends to force people to accept ideologies and lifestyles they do not agree with. If minorities are to be tolerated, they need to mind their own business, adopt a live and let live attitude, and make it on their own merit like everyone else. That is the American way. 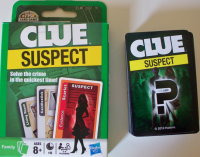 Jussie Smollett is a narcissistic race hustler who payed two black Nigerian men he knew personally to stage a fake assault of himself to advance his acting career. Identity politics race hustling now needs to invent fake racist violence to justify itself. Minorities need to take responsibility for themselves and stop wrongfully inventing crimes and blaming their problems on white men.

"Hate Speech" Does Not Exist

"Hate speech" like so many other Leftist ideological memes, does not exist. Speech is just speech. You might not like it, it might be insulting, or simply the truth, or both, but sooner or later Leftists need to come to grips with the fact that their scam has been exposed, that they are making it worse by their ranting and raving vulgarity, and that they need to face reality and stop projecting. Diversity is a zero sum game that always eats its own.

No Such Thing as Other People's Diversity

In the long run, there is no such thing as other people's diversity, there is only demographic replacement. It's time to take our own side. This doesn't mean being uncivil or violent, but rather in an organized way setting about changing perceptions with the people you know and meet, and lobbying our government to end EEO and Affirmative Action, and to close our borders.

American culture is in decline. Whether it is literature, music, visual media, and the arts in general; commercialism, vulgarity, and political propaganda have taken over cultural production, removing it from the hands of individuals artists, and national and local traditions, and placing it firmly in the control of the corporate state and ethnic minorities, mainly Jews.

Trump's Jewish State of The Union 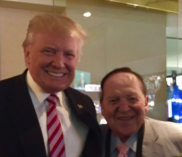 Trump is our first Jewish president. Trump cucks for the Jews because they helped him become president. Hence the Iran is a threat talking point, and the Jewish victimhood lecture in his State of the Union. Trump did give a good criticism of illegal immigration, and pointed out that the USA will never be socialist, to the visible dismay of the Democrats in attendance, who also love war.

The Totalitarianism of Minority Leftist Democrats 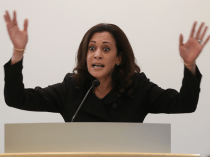 Totalitarianism comes from the Left under the guise of false virtue and diversity propaganda. Remember Leftists respect no limits to their own power. Today it is your political opponent, tomorrow it is you. Reasonable people who base their world view on reality and pattern recognition will clearly perceive this threat and fight the corporate state at all costs, in order to preserve their national culture and personal liberty.

Since the founding of the United States, every successive group of immigrants has harmed heritage Americans. That national populations are increasingly opposing the globalists, is a very positive sign. It is moral to defend yourself and your nation from invaders. It is immoral to destroy national cultures for the sake of greed. We are now seeing the beginning of the end of the corporate state and the legacy of Tammany Hall.

In the end Brexit is not going to work out as the EU bureaucrats want, even if the globalists try to rig the result. The British will get their sovereignty back, and the EU will probably not last another five years. So get out the popcorn and enjoy the show as the nations of the West wrest free of the clutches of the globalist corporate state.

Erasing U.S. History One Monument at A Time

The main goal of revisionist history is the destruction of heritage America, until the nation becomes a distorted and amnesiac inversion of itself. The toppling, destruction, and removal of Confederate statues commemorating the Civil War is part of a culture war waged by Leftists and immigrants against the nation. Americans need to defend the United States and its history, values and symbols at all costs.

Western Women, Stand By Your Man

My advice to Western women is to stand by the men of your country, if you want your ethnic heritage to survive, and if you to enjoy what it means to be a feminine woman. You'll be happier for it, drink less wine, and won't need a cat to keep you company.

Islam Is A Political State That Seeks Empire 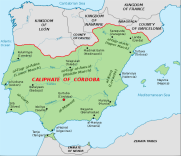 Extremists aside, the problem with Muslims is not that they are Muslim, but that they are in Europe where they do not belong. There is no need for Europeans to fall into the trap of a violent Clash of Civilizations, when European nations can simply deport Muslims, and indeed all minorities, from Europe back to their home countries, in a humane way.

There Is Only Minority Privilege

Minority privilege is a legacy Ellis Island and the civil rights movement, which made all minority groups protected classes, including white women. We need to end minority privilege forthwith by repealing all civil rights law, and restore an America where people earn their place on their own merit, as the founding Western Europeans did.

The only way to escape from bad education is to tune out from the MSM, take you children out of K-12 and homeschool them, and skip college, in favor of learning what you want based on your own needs and interests.

Lean Government for The New Year 2019

Just as corporations need to stop producing useless stuff, with the consequence of degrading the environment and destroying habitat; the government needs to stop hiring unnecessary employees, and providing functions and passing laws that aren't needed, and are more often than not obstacles to prosperity and quality of life.

English Is The National Language of The USA

The only true diversity is the diversity of historic nation states that respect each other's language, culture, and sovereignty. The nation is the highest order, and it must be preserved at all costs. That starts with making English the official national language of the United States.

White Women Are Useful Idiots for The Democratic Party

The Media Lie of Diversity

Have you ever noticed how almost every commercial you watch has a diverse cast of actors? One for every color in the crayon box? While white men are increasingly absent?

The Ancient Planters Founded The Nation

America is not a nation of immigrants: many are founders, such as the Ancient Planters of Jamestown and the Pilgrims of Plymouth. Anyone who can trace their lineage back to before the Declaration of Independence is part of the founding group.

The State Is Not The Nation

By deciding to socially engineer the nation to suit its totalitarian agenda, the state has overstepped its bounds. The nation always trumps the state, and loyalty to one's tribe alway supersedes state ideology and its lies, including equality, diversity, and political correctness.

The Leftist Pelosi Morality of Money and Power

Nancy Pelosi stated that she considers the border wall "immoral." Along with the rise of self-interested virtue signaling, the definition of morality has apparently changed. Because corporate Democrats have no moral standing, they need to redefine morality to mean whatever suits their agenda. For Leftists like Pelosi anything that prevents them for retaining and increasing their power, is immoral.

Jesus Was Not A Virtue Signaler

Leftists love virtue signaling because it costs them nothing, while granting them status in the eyes of the mob. It was inevitable that this strategy would become pervasive in a narcissistic society.

Relentless globalist support and promotion of immigration and open borders has forced the national populations of Europe to draw a red line.

Loitering Is Not A Crime

Apparently, it is acceptable to destroy the environment and exploit people, but unacceptable for citizens to spend free time in public.

An archive of previous posts

Recommend this page on: