Have Your Cake and Eat It Too, Leftism 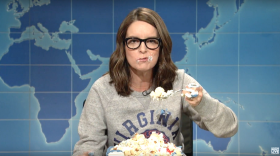 Leftism is a "have your cake and eat it, too", ideology. What all Leftists have in common is that they want something for nothing. They do not bake the cake (produce something of value) themselves, but simply steal it from others. Leftist governments use democracy, egalitarianism, and civil rights law to force the white majority of the West to "bake cake" that minorities eat at their expense. In the West we need to bake our own cake for our nations and ourselves alone.

Now that we are truly hitting the wall on debt, the banksters have come up with a new theory to keep the good times rolling, for them. It's called Modern Monetary Theory (MMT), and its basic premise is simple: allow the government to print as much money as it wants and not pay its debts. This won't stop the pending market collapse. Buy gold.

The corporate state promotes both diversity and race mixing because it wants everyone to be a generic consumer and not a citizen of a particular nation with a unique history and culture. In spite of the corporate globalization agenda, there will never be a One World Race that will be genetically uniform enough to be controlled by a One World State.

The Gillette ad, The Best A Man Can Be, is anti-white propaganda hiding behind a feminist agenda which slanders men, and turns women and men against each other. Mainstream media is diversity propaganda for the corporate state.

If the Davos Crowd were as smart as they think they are, they would drop their self-serving propaganda, fake virtue signaling, divide and conquer identity politics, and open borders plan; pay their taxes, offer fair wages and focus on providing something useful and of value to citizens. Elite status is based on merit, not on greed and theft.

The Stock Market Is A Scam

The stock market is a wealth transfer system from the citizen investor to the corporations and the economic and political rulers of the corporate state. The globalists have convinced citizens that they need to be a part of The Market in order to prosper. As a result, working people can't get fair pay for honest work, or affordable housing.

Human beings need a roof over their heads. Without housing, it is difficult for people to be productive members of society, if not survive.

California’s housing problems are largely a legacy of an outdated land use planning model dating back to the post World War II economic boom.

The Myth of Arcadia

For many early European immigrants, the United States offered the hope of starting a new life free of the institutionalized inequality of Europe, which was a legacy of feudalism.

At the city level across coastal California, homeowners consistently oppose growth in their communities. The construction of fewer new units has the result of keeping property values and rents high.

The economic collapse of 2007 left many Americans with mortgages they couldn’t pay.

California’s rental market has always had its share of slumlords renting substandard units for premium prices for years and even decades with little or no maintenance or improvements.

In spite of claims of a recovering economy, new job creation in United States has disappointed, and many, if not most, of these jobs are low-paid, often part-time or seasonal work. Meanwhile, the economy continues to be supported by unsustainable household debt.

The greatest drag on the economy today is the capture of excessive rents by the property class. Unlike they claim, the rich do not create jobs. As landlords and speculators, they live off of the hard-earned income of their tenants.

Airbnb is doing to the rental market what Uber has done to on-demand transportation, and what social networks have done to human relationships, namely inserted itself as a middleman profiting on the exchange of its users.

Landlords charge what they can get away with in rent, and they seem to have discovered that in prime markets (where all the jobs are), they can now take most of a tenant’s paycheck without protest, due to a lack of regulation and enforcement.

To help solve the rental housing crisis in California and elsewhere in the country, municipalities need to create a rental housing inventory, requiring all landlords to register their rental units with the city.

Aside from ensuring the rental market is regulated, and that in determining affordability rents are accurately linked to income, regional government bodies need to have more authority to spread development throughout the cities of Greater Los Angeles and the Bay Area.

Renters need to organize themselves politically and pressure local government to provide affordable housing and approve the construction of more mixed-use, multifamily, sustainable housing by the private sector.

An archive of previous posts

Recommend this page on: